In a surprise move, Minister President Viktor Orban of Hungary revealed an ambitious national plan to combat climate change and cut greenhouse gas emissions. Perhaps the centrepiece of Mr. Orban’s plan is to replace the world-famouse Hungarian goulash with an insect-based diet.

“Beef is bad for the environment. Cattle use a lot of our water and energy. But even more importantly, they are some of the main emitters of methane into the atmosphere. And as we all know, methane is a very potent greenhouse gas, 10 times more dangerous than CO2. Hungary is committed to fighting climate change, for a better world, for future generations”, Mr. Orban said in a press conference in Budapest, while a tear was running down his cheek.

Mr. Orban’s supporters and opponents alike have speculated about the Hungarian PM being terminally ill or perhaps going through an emotional breakdown after his rhinoceros escaped and sought asylum in the Ecuadorian Embassy. This is also because rumour has it Mr. Orban privately confessed to actually firmly believe in the rule of law, democracy and the benefits of Central European University operating in Budapest. Romania was the first country to welcome the decision. While taking a break from her alphabet-learning classes, Romanian PM Viorica Dancila said goulash was a Romanian dish anyway so now her country can rightfully claim it back under EU’s Protected Designation of Origin. 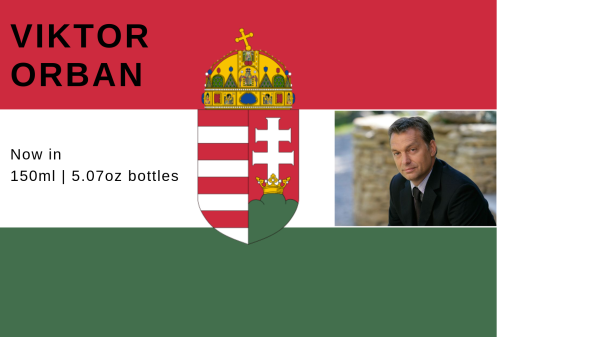 In a lavish ceremony at the Hungarian Parliament, PM Viktor Orban announced his strategy for Hungary’s Christian and demographic rebirth. One of centrepiece measures? Tax exemption for mothers of four, if Orban is the children’s father. In his State of the Nation speech, Orban explained the logic behind his policy, which he named “Long-term sustenance of hungAryan genes”

“Hungary has been invaded by barbarians, by non-Christians. Arabs, Jews and even Romanians are roaming free in our forefathers’ lands thanks to the imperialist policy of the European Union. If Attila the Hun saw this, he would turn in his grave! That is why we need to be cautious and be careful about how we go about preserving the superior Hungarian gene pool. You all know me and you all know how pure of a Hungarian I am. Therefore it is only fair that I am the Father of the Nation and will happily bed all the willing Hungarian women. Only in this way can we guarantee the genetic purity of future generations” said Viktor Orban in front of a cheering Parliament crowd, while Hungarian housewives were weeping with joy in front of the TVs.

In Brussels, European leaders asked Hungary’s Foreign Affairs Minister Peter Szijjarto how will Orban actually cope with fathering demands when everyone knows he has a small penis. Mr. Szijjarto explained that while PM Orban’s penis is indeed minuscule, the PM is nevertheless an “excellent wanker”. The Berlin Group understands that Orban’s genetic material resulting from this unique skill will be used in national fertilisation clinics.

While the fertilisation programme is now optional and incentivised by tax breaks, governmental sources told the Berlin Group that in the future Orban fertilisation will be mandatory for every woman who turns 18. Also, abortions will be made illegal and punishable by death. Same punishment will apply to marrying anyone who is not a pure Hungarian specimen, which should be shown on his “Pure Hungarian Specimen” certificate, released by the Research Institute for hungAryan Genetics”. 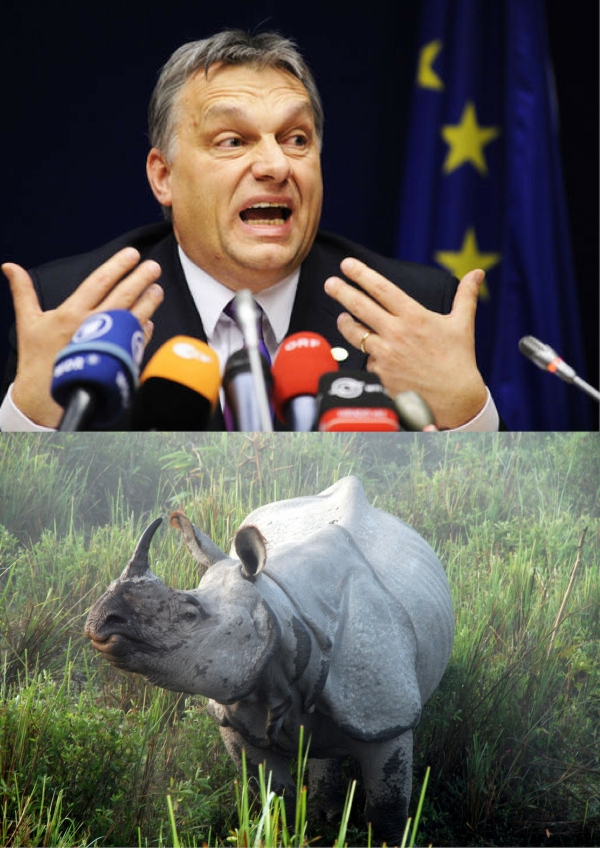 Only hours after Hungary’s Prime Minister Viktor Orban boosted on social media that he got himself a brand new rhinoceros, the visibly distressed animal managed to escape Orban’s shed and run free through the streets of Budapest, the Hungarian capital. The Ecuadorian Ambassador was quick to spot the animal while eating a dinner gulash with her husband in downtown Budapest. She immediately called home and suggested Ecuador offers asylum to the rhinoceros. The Ecuadorian President was quick to say yes, willing to keep the reputation of his country as one that offers shelter to those in need, unless they have a cat.

“I was eating some gulash, minosegi dish, they cook great stuff at this place close to St. Istvan Basilica you know, although customer service is rubbish. Anyway, I see this rhinoceros and from the terrified look on his face I know in an instant that he’s been around Orban. You can tell, you know, that man stinks both physically and morally. Of course we had to provide asylum as soon as possible, exotic animals are the last ones with some hope in this country” said Maria del Carmen Gonzalez Cabal, Ecuadorian Ambassador in Hungary.

The rhinoceros was immediately taken to the Ecuadorian Embassy for a medical test and hoofprinting. The veterinary on guard told the Berlin Group that the animal suffered from severe post-traumatic stress disorder, cause by being in contact with illiberalism, fascism and a highly toxic air composition. The toxicity has already proven to come from e-coli and other faeces bacteria, produced when Viktor Orban is talking.

Contacted by the Berlin Group, Viktor Orban was in a visible state of accentuated anger. He shouted in Hungarian for 10 full minutes. The only things we were able to understand were “Stop Soros”, “geci” and “fasz”. We will be back with updates, if any. 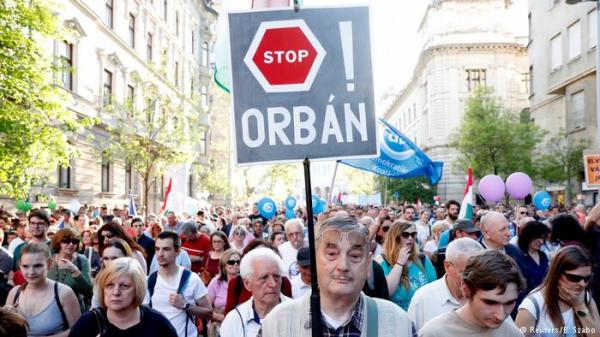 A Senate Committee set up to investigate the genealogical tree of Prime Minister Viktor Orban has just announced that they can now confirm Mr. Orban is of Jewish origins. This is an unlikely turn of events for the small country of Hungary, whose ruling party Fidesz has won elections on a campaign based on anti-semitism and hate speech.

“We can now confirm that Mr. Orban is 75% of Jewish origins. The other 25% is Roma. And just to make it clear, Roma is just a Western synonym for gypsy. Of course, this is without a doubt the most shameful moment in the recent history of our nation. Not even when Romanians stole Transylvania from us comes anywhere near this” said Attila Fehermagyar , president of the Committee during a press conference only hours ago. Asked how the committee was established in the first place, Mr. Fehermagyar replied that he personally received a tip in the form of a Whatsapp text message from a US whistle-blower who called himself “Gyorgy“.

Immediately after Mr. Fehermagyar held his conference, the Hungarian Parliament launched three days of national mourning and suspended Mr. Orban’s cabinet. Sources for the Berlin Group within the National Hungarian Army informed us that a military committee has been established and a trial accusing the Prime Minister or treason is only hours away. If found guilty, Mr. Orban will be sent to Brussels or even extradited to the US. He will  then serve his life sentence in the form of a lifelong internship for one of the Open Society liberal prisons or similar, depending on ruling.

This Sunday (ed. 8th of April) Hungarians head to the polls to vote in presidential elections. There will be no surprise on the winner, as President-Minister Viktor Orban is set for yet another mandate at the head of the small Eastern European country. But there is indeed something that has surprised Europe in the last weeks – Orban’s sudden love story with the EU Commission. The Hungarian President is not unaccustomed to love stories with world leaders. Nonetheless, everyone saw his long-term relationship with Russia’s Vladimir Putin as rock-solid stalinist material. One of The Berlin Group’s most reliable sources from within the Hungarian Parliament revealed the secret exclusively and in premiere for us.

“Few weeks ago me and Viktor (ed. Viktor Orban) were having our usual after work palinka shots. Well earned palinka I’d add, that day we closed three pro-democracy NGOs and jailed one of those independent journalists. So Viktor was telling me that Vladyushka (ed. Vladimir Putin) is not as receptive to his messages as he used to be. <<We don’t talk anymore>> he told me, <<all this elections, shopping mall fire and nervous gas attack got his too busy for me..>>. Few Unicum shots later, he finally told me his heart was in Brussels with a couple he now dreamt of having a threesome with every night: Juncker and Selmayr”

To some, Orban’s dark desire would not come as a surprise though. After the hostile and undemocratic takeover of the Commission’s leadership by Juncker’s right hand Martin Selmayr (for an exclusive interview of The Berlin Group with Selmayr review our previous post), Orban simply can’t hide his admiration for the Brussels couple.

“The way Juncker and Selmayr mopped up with European democracy is just irresistible for someone like Orban. He will most probably become one of the most ardent supporters of the EU Commission and it’s very likely he’ll eye a position with the two tyrants now ruling in Brussels too. It will be more difficult than with his peasant electorate from Hungary though, Brussels is another game level” confessed another Fidesz source for us.

Do you see Orban in an EU leadership role? We’ll keep you posted with post-election developments, meanwhile let us know what you think! 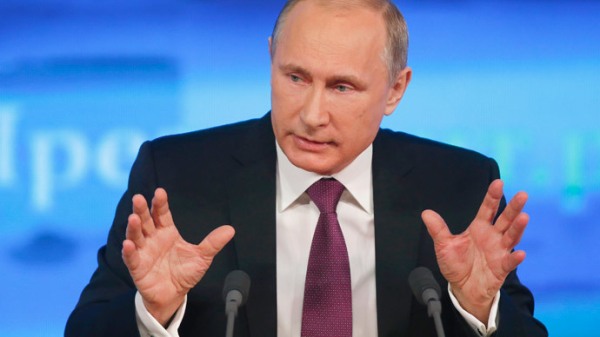 In an unprecedented move, President Putin of Russia announced that Viktor Orban´s institution – the Government of the Socialist Republic of Hungary – needs to shut down its campus in Russia and move out. The news come as Russia´s Duma recently passed a law forbidding foreign-funded institutions to operate within the country´s borders.

“Let us be clear now. Orban´s institution could in theory continue activity in its Kremlin campus but this is conditioned by the Hungarian Government actually operating a campus also in the country where it receives financing from, so Hungary.  Unfortunately for Mr. Orban, this is not the case” said Mr. Putin for Crimea TV+ earlier today.

It is well known that the Hungarian Government receives 5 billion euros from the EU and other billions of euros from the Hungarian taxpayers, despite of operating solely as a branch of the Kremlin and being physically based in Moscow. Mr. Putin´s move is part of recent pieces of legislation directed at modernising the country, increasing political accountability and strengthening the rule of law . Although Putin himself was financed by Mr. Orban´s institution in 1956 for a diplomatic internship in Budapest, the relationship between the two seem to have cooled down in last years, as Mr. Putin took a U-turn from totalitarianism to democracy.

“Putin is just acting in an unacceptably democratic way and targets specifically this government, he knows we cannot possibly start operating in Europe on such a short notice, they are too liberal and progressive there. The Hungarian Government has been a central instrument in crushing of the rule of law and democracy in the region but it seems this is not aligning with Putin´s plans anymore” Mr. Orban told The Berlin Group, stressing that the fight is not over and he will be seeking support in Beijing.

We will update the page as the events unfold.