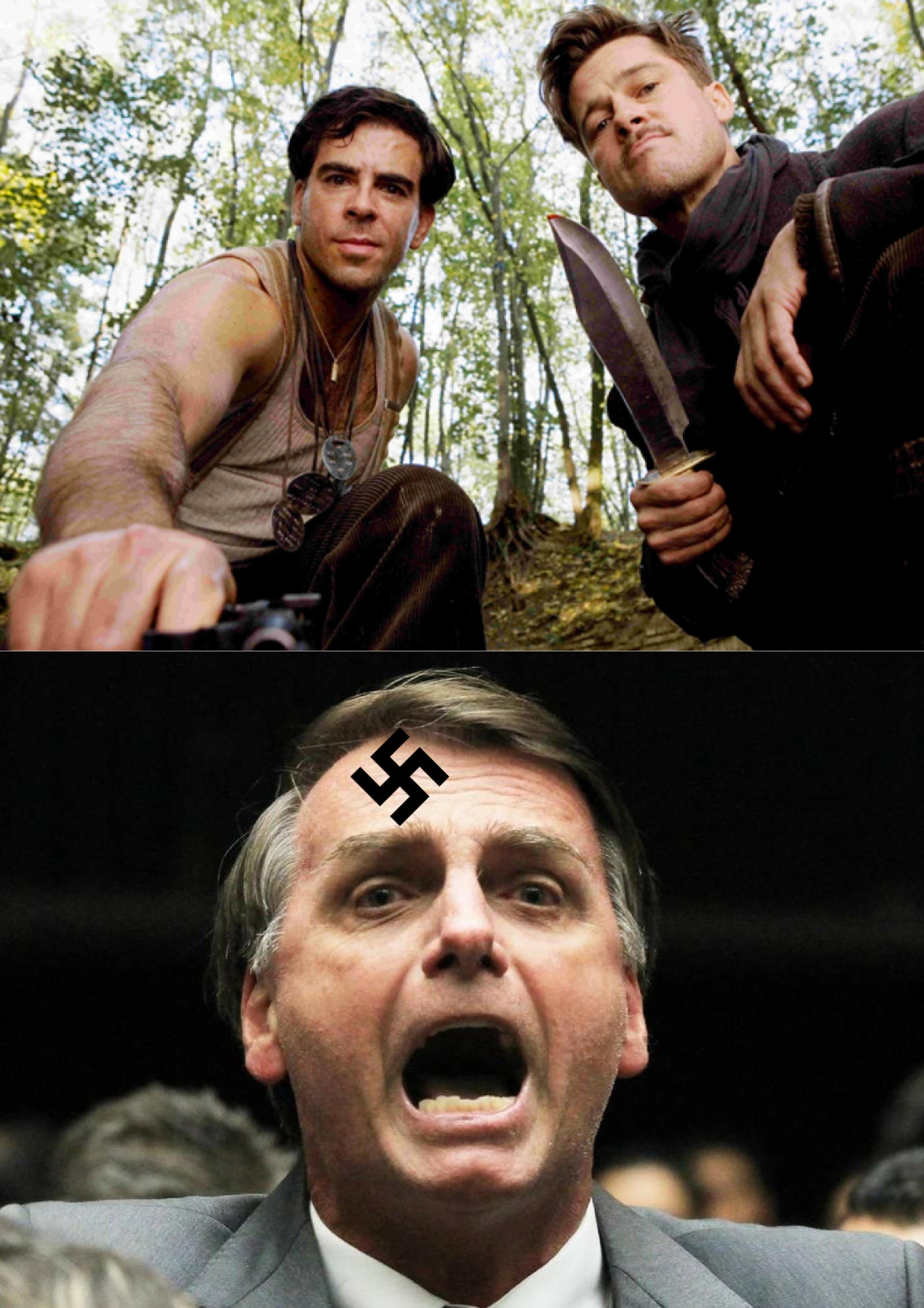 Following last Sunday’s elections win by fascist candidate Jair Bolsonaro, Brazilians were quick to show how the population felt about the results. Inglorious Basterds, a invaluable piece by Quentin Tarantino, became #1 documentary in the country in just a matter of hours. The Berlin Group was following events live from Brazil and so we succeeded in gathering hands-on reports on the ground.

“Of course I was sad and disappointed to see that we as a nation are as stupid as the British, Hungarians or the Americans. But we have something these nations don’t: cojones! Bolsonaro promises easier access to guns no? Well that’s great. I googled “do it yourself how to get rid of fascists, guns” and the first result was this documentary. A splendid work really, I felt so inspired I made my family watch it 5 times. They’re as crazy about it as I am” said Fernando Curacao from Rio de Janeiro.

Although almost 10 years old now, Inglorious Basterds is only now recording an upsurge in popularity in the Amazonian country. Its truly inspirational message – “Kill the Nazis!” – rings a chord not only with the male population but also with many Brazilian women.

“Once I saw this movie I was sold. This is what we need to do, I told myself. We need to kill them Nazis and show them Brazil will not stand up to oppression! I bought myself the essential Inglorious Basterds kit: a baseball bat, some knives, and a Beginners Italian audio course. I’m ready!” said Gisele do Sul from Sao Paolo.

There are reports that Brazilians are not the only fans of Inglorious Basterds. The Berlin Group received reports from credible sources claiming solidarity anti-fascist guerrilla factions are flooding the country from neighbouring Latin American countries too. We will be back with updates.