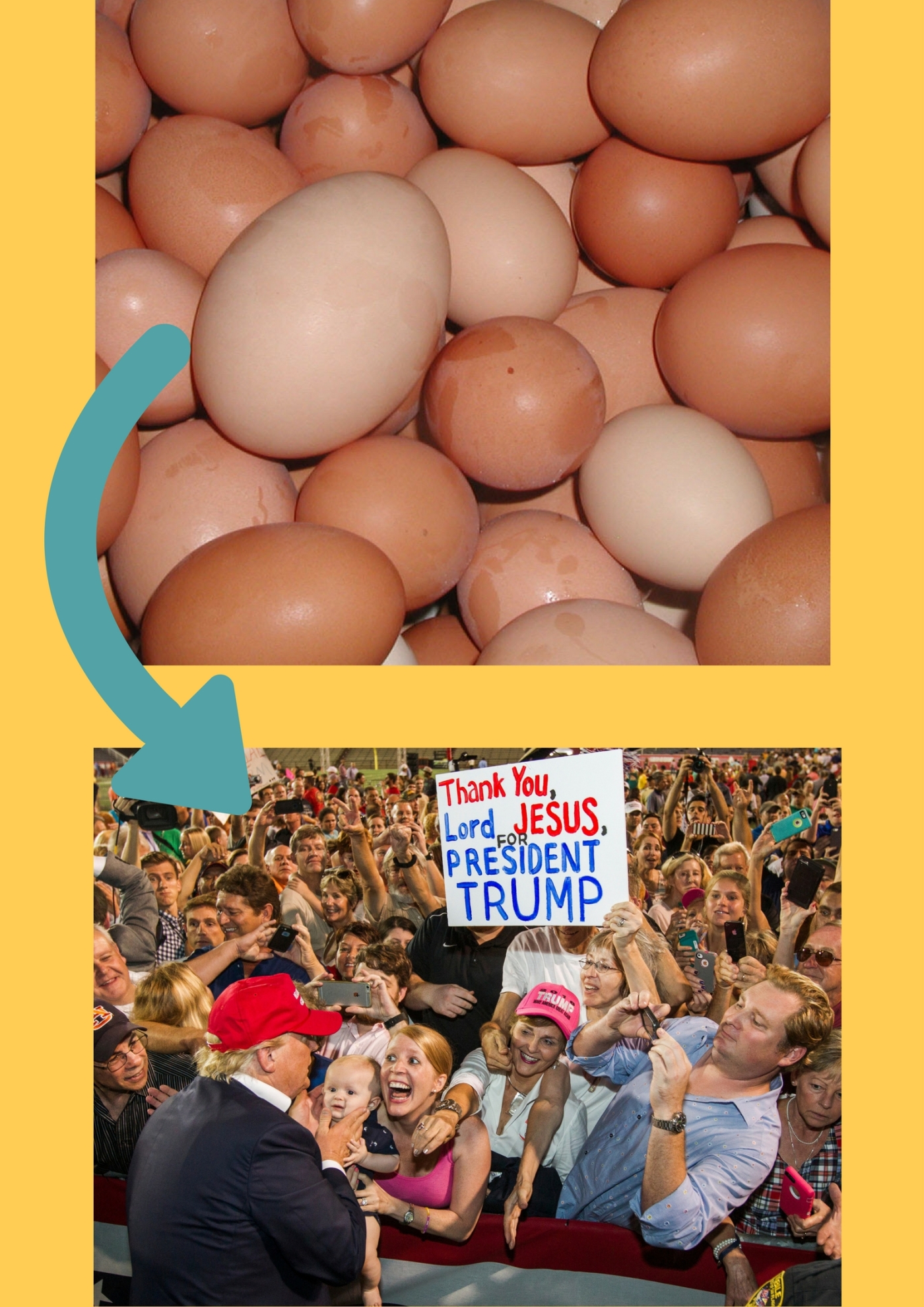 A formidable U-turn in the investigation concerning US elections interference took place today, as the Netherlands is officially charged with knowingly contaminating millions of Americans with the sole purpose of helping the Trump campaign. Speaking at a press conference on the Capitol Hill, Trump-Russia special prosecutor Robert Muller confessed his team had been looking in the totally wrong direction:

“It came as a surprise for us too. This whole Russia thing did not really make sense. It was when the egg scandal went public in Europe that we realised what truly happened. The Dutch authorities shipped millions of contaminated eggs to the US ever since last June. Their sole purpose was to infest liberal Americans, lower their IQ and eventually trick them into voting for Trump. We apologise to Mr. Putin and to all the Russian people for misjudging this whole situation”

Berlin Group sources close to the Dutch administration say that the move came in the context of the US taking over international tulip trade and the refusal of Hillary Clinton to reach a compromise with the EU Member State. The Dutch first tested the eggs in the UK and upon achieving satisfying results with Brexit, they moved to the next stage. “With Trump elected”, our sources said, “it was clear that the US will shoot itself in the foot and we´ll once again take back control of the tulip trade.”

The EU has already started the procedures of expelling the Dutch from the EU, a move that took by surprise betting companies, who put their money on Hungary and Poland as first countries to be kicked out of the 28-strong block. It is unclear what the US response will be, as President Trump has not released any tweets yet.