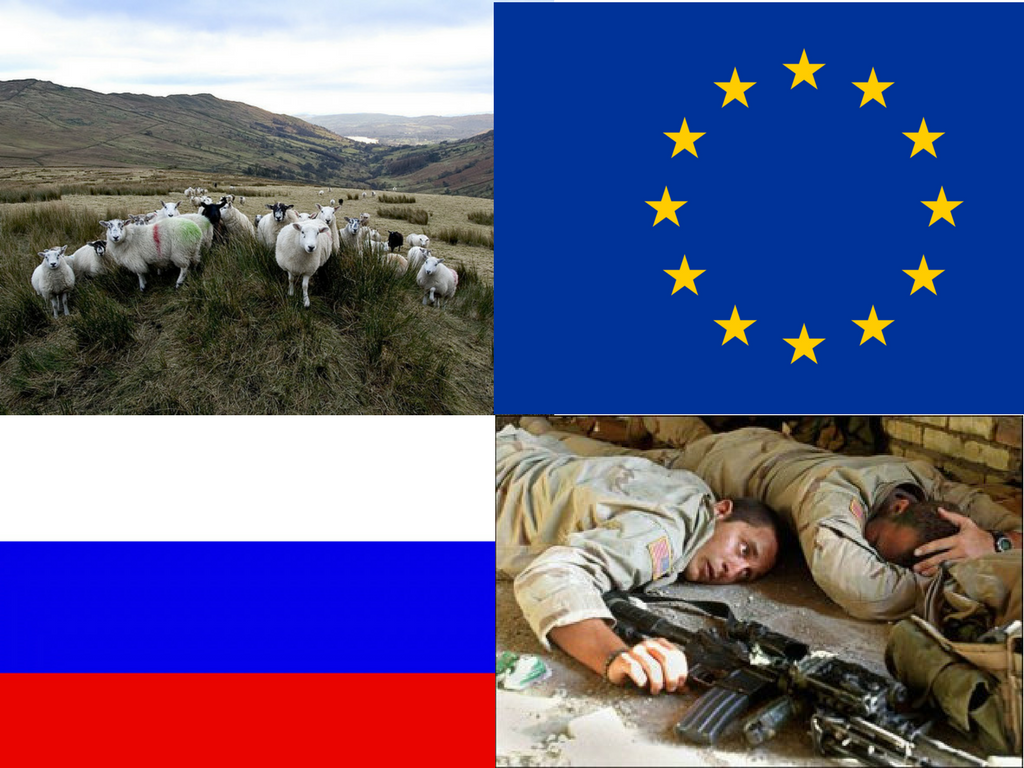 The EU was quick to act following the sinking of a Russian spy vessel in the Black Sea by a Togolese cargo ship carrying Romanian sheep. Commission President Jean-Claude Juncker announced that a solution has finally been reached regarding the critical state of soils in Europe due to overgrazing and erosion – all European sheep will now feed on Russian soldiers instead of grass. As a side effect, continental security will also be ensured.

“I was talking to Federica Mogherini about renewing sanctions against Russia following the annexation of Crimea and I have to say we were not seeing eye to eye on how to move forward. But that´s when Karmenu Vella from DG Environment called me. He said <<Jean-Claude, you need to see this, tune in Russia Today!>>. So there we were: me, Federica and Karmenu, watching a live coverage of a Russian intelligence vessel sunk by sheep. That´s when it struck us!” said Juncker during a talk at the University of Leuven.

“We are very worried by this new initiative that Mr. Juncker is proposing. There are obvious concerns for our sheep´s health. 98% of the scientific community in Europe pointed out that eating Russian soldiers might cause abusive behaviour, lowering of the IQ and alcoholism” said CHAFEA´s director, Veronique Wasbauer.

Commission´s proposal, coded TOGO8800RO/04/2017 is to be consulted by the European Council and the European Parliament in an extraordinary session on the 4th of May.